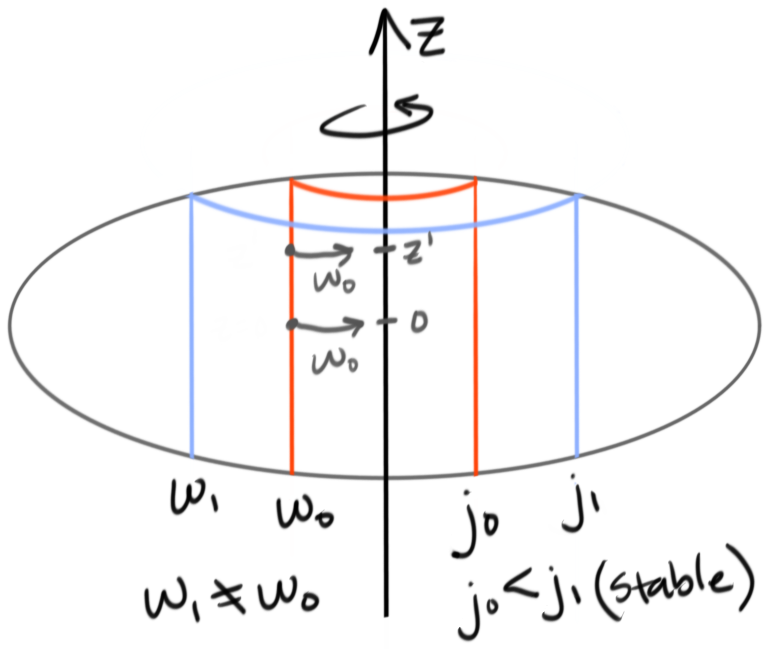 The Poincarè-Wavre theorem states that for an axis-symmetric, self-gravitating, stably rotating, disk-like body, the angular velocity \(\omega\) profile will be

The disk-like region of synestias obey Poincarè-Wavre theorem. This is a result of the hydrostatic equilibirum that vapor reaches in a synestia’s disk-like region, in which a given gas particle in a synestia will be motionless in z, because the gravity and pressure forces acting on it are balanced in z.